The Internet of Things is not only making smart homes, smart hospitals, smart offices and smart spaces, but it is also making cities smart. This technology helps governments envision a more organised future with more satisfied citizens.

Smart cities are already taking shape as you read through these words. It is a work in progress that is progressing at an exponential rate. New ideas are coming in and these are being implemented upon thanks to the technological advancements achieved by humankind.

Here are some of the groundbreaking IoT solutions that your city might have in the future:

After dark, it is not possible for the human eye to see as clearly as the day. While street lights are the obvious solution, their operation is not cheap. On the other hand, smart lights that detect motion, can save a lot of energy for the city. Such lights would automatically turn on/off and adjust their brightness according to the surroundings.

A smart city makes use of its cameras and sensors to manage its traffic. This makes it possible to travel from one point to another with increased safety and efficiency. India has some of the most populated cities in the world. A solution to manage its traffic can prove to be a boon. IoT is already making this possible for cities around the world. An example of this is Los Angeles. The city uses cameras and sensors to give data feed to users. This eases out the movement of traffic across the city.

Have you noticed how it becomes almost impossible to find a spot for parking during major festivals? And being in India, that two such situations aren’t far apart in time. How great would it be to have a parking management system that informs the driver about a vacant spot! In fact, it will also lead to lesser congestion on roads and lesser pollution particles in the air.

Crime in India is as omnipresent as God in India. Don’t you think it would be great if the police were as omnipresent too? IoT could make it possible for a smart city. This is a concept that is still under works, but Singapore is already building a network. With cameras and sensors all over the city, you can be caught red handed if you smoke in prohibited zones. This idea has wide application and can be extended to keep a strict check on crime.

All these IoT solutions can make cities smart. But these are just the tip of the iceberg. There are new ideas coming in everyday, new solutions being developed everyday. Which city do you live in? Would you like your city and government to implement such solutions? Share your thoughts with us in the comments below.

zunpulse Is Watching You: Story Of A Faraway Theft

Looking forward to enhancing your interior decor with smart lighting?

Advantages of smart lighting systems for the home 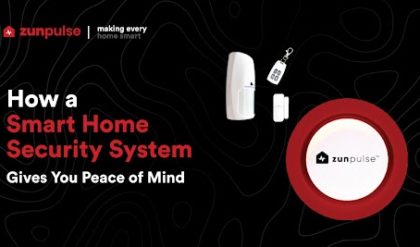 How a Smart Home Security System Gives You Peace of Mind 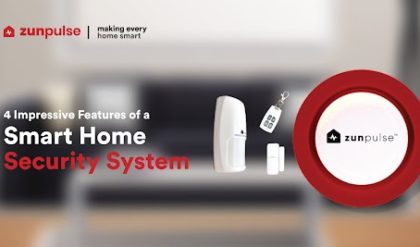